When Ron and I married we spent a good deal of time focusing our Sunday studies on the Old and New Testaments particularly as the basis for American law.  I, in fact, gave Ron as a lawyer, a Bible early on and suggested he read it as a law book with special consideration to commandments, statutes, precepts, judgments, and ordinances.

One commentator we routinely checked in with on Sunday was Adam Clarke (1762 – 26 August 1832). Clarke began as a poorly educated man from Northern Ireland but became a renowned Methodist theologian and biblical scholar. He spent 40 years as one remarkably dedicated and skilled mind through the Bible and he wrote his commentary. Clarke’s was buoyed by his extensive scholarship on early Christian fathers, and then the Oriental writers in the Hebrew, Syriac, Arabic, Persian, Sanskrit, and other Eastern tongues, and this scope provided a most illuminating context for his commentary on the Scriptures. 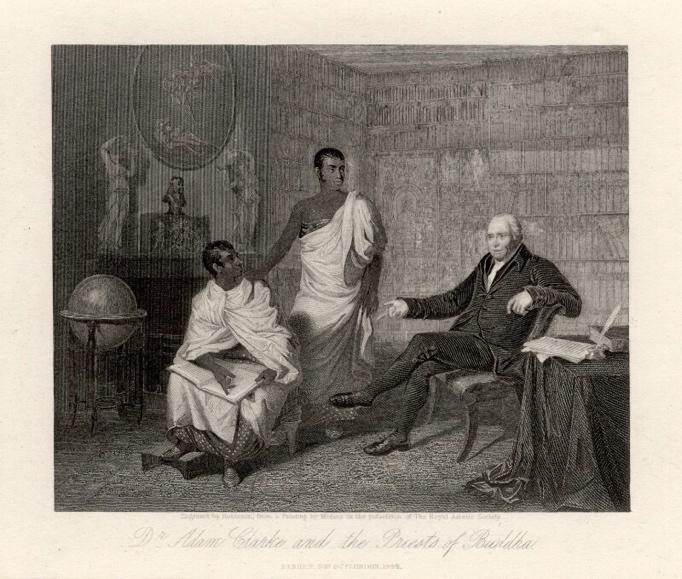 Dr. Adam Clarke meeting with the priests of Buddha

As a young US Marine, Ron Ray went to Vietnam to fight communism, a man – centered government, and to uphold his oath as an officer to defend America against all enemies “foreign and domestic.” And like Adam Clarke, Ron spent 40 years dedicated to seriously collecting a library of over 10,000 books.

The books contain the organic utterances upon which the historic foundations of American government is built and the numerous accounts in the mouths of many witnesses recorded from before the nation’s founding to the present day. 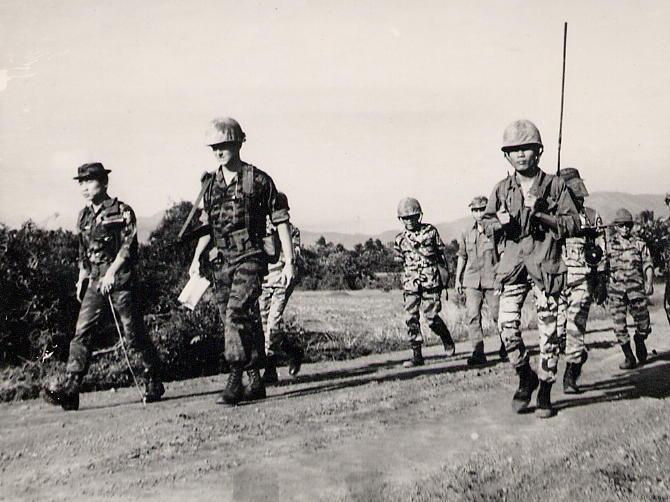 Ron’s combined legal training, experience, public service, and scholarship allowed him for over 30 years to weaponize his growing collection of books to reach civilian, military, and church leaders, public officials, and others in positions of authority and trust to arm them with carefully crafted cases to meet the challenges they faced upholding America’s founding principles.

Today with the advent of the internet and now the destruction of historic monuments and eradication of books and literature, the ability to study and research from true and honest sources is quickly fading. Yet books remain the only unchangeable and secure source to be left to students and scholars of the future.

The collection eventually outgrew our family home and now more than ever the books need a physical location for Colonel Ray’s library.  In July 2020, property for a library was secured as Ron passed away from injuries sustained in Vietnam. A vacant lot in Oldham’s County’s seat of LaGrange, Kentucky, right behind the courthouse is where we plan to build the library to house Colonel Ray’s collection.

Establishing this library gives future generations access to the Colonel’s collection of largely out of print volumes on history and government.

It is our duty to leave our children and grandchildren the necessary information tools they will need to continue to protect and preserve America’s freedoms so many have previously fought and sacrificed to uphold.  We are proud to announce drawings of the library will be available soon. Kentucky Architect John Stewart learned of the library project and volunteered his nearly three decades of work experience and his talented team of professionals to concept and design “The Colonel Ronald D. Ray Library of American History.”  At the end of my 40 years of working alongside the Colonel and then carrying on by securing his book collection would be a fitting tribute to all those whose lives are dedicated living lives to advancing the Kingdom on Earth as it is in Heaven. 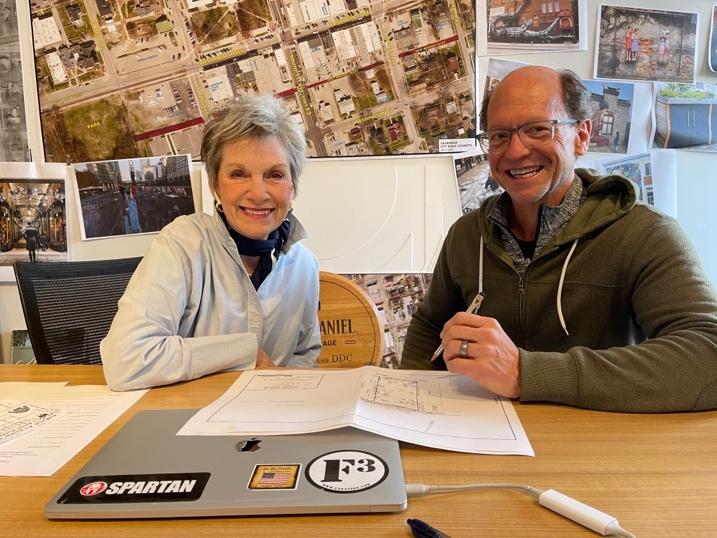 ← Prev: Preserving History Through The Library Next: Step One: Buy the Land →

May 10th marks the 88th anniversary of the infamous Nazi book burning of over 25,000 books considered “un-German” in...

END_OF_DOCUMENT_TOKEN_TO_BE_REPLACED

Recently my friend Dominique and I motored to Evansville to say good-bye to Ray Vescovi who died at age 91. I never...

END_OF_DOCUMENT_TOKEN_TO_BE_REPLACED

Step One: Buy the Land

As Colonel was in his last days I was able to tell him that I was going to build a library in his honor. I like to...